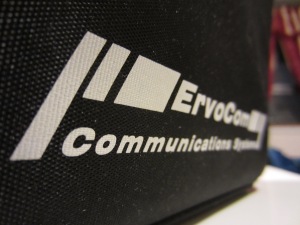 This is probably one of the most fun pieces of equipment I have been able to use in my refereeing career simply because it is the closest you can get to simulating a FIFA referee’s game experience! Everything in the system is very subtle and almost nobody will notice whether this fantastic accessory is in use.

I purchased my personal set in September 2011 from Refereeworld.com. Since then, 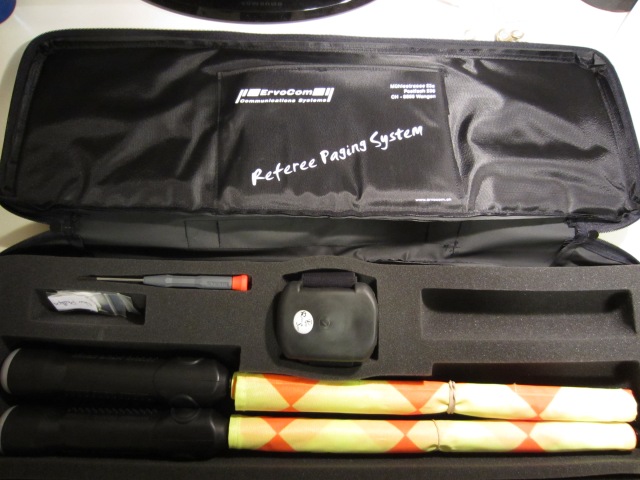 I have only had to replace the receiver’s battery once. Now! The batteries for the receiver last for approximately 10 full-length matches and more than often, the bleep functionality is infrequently used. This system can work against you if taken lightly. This is because the bleep functionality should be used for decisions that would otherwise be missed or if the AR ever needs to get your attention for an important decision or to relay a subtle message. 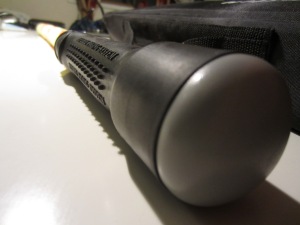 My pre-game instructions for the crews I work with are, very simply, that it should be used on a need-be basis and that their flag technique should be with their hands placed off the bleep button. It wouldn’t do if they accidentally kept pressing it and having me whip my head over to see if something serious had happened. Not that is wrong to look at my ARs but it pulls my attention away from play since I have to more than glance to read their body language and detect any discreet signals, if any.

I typically accompany it with a friendly threat in my pre-game that mis-using them would warrant a downgrade in equipment; basic flags. Most referees don’t get the opportunity very often so I have never had a problem with it! A necessary message to ensure that it enhances the game as opposed to complicating it. 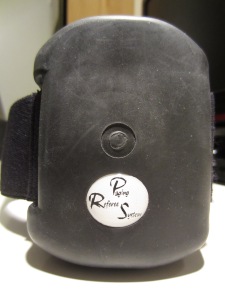 Also the notion of a “phantom buzz”, as I like to call it, where I’m not sure if my receiver vibrated although I felt it had. I have to look both ways and have a good look at my ARs to see if they were trying to get my attention. It definitely keeps communication between the team strong although it does make me twitchy!

My two clear memories of using the system is in the Cup and Youth league.

My Cup experience involved a tight offside decision on the far side of the Senior AR between the penalty area line and the touchline. I was sprinting to get deep into the corner and circle play to keep it between myself and my AR and so that my presence was near. I immediately felt the vibration when I was but 6 yards from an attacker who just received the ball from a teammate. A quick glance up and I saw the AR with his flag raised signalling for an offside offence. A quick sharp whistle left the players in a daze as to the speed of the decision and how we had worked it out so fast. My AR later told me that he never expected me to look in his direction so we were both pleased with the support and co-ordination that the system gave us.

The second was an U14 Boys match. A player had started bleeding behind my back. The reason escapes me now but my AR alerted me to it despite the player refusing to ask for treatment. Luckily he quickly pointed me to it over the loud atmosphere with a quick bleep and the player received the necessary attention without any delay.

Anyone who wants to take a quick look at the flag system, its contents and how it works can enjoy the video I posted below.

Hary Milas, from Refsworld, also features his own video on the Ervocom electronic flags below.