It has certainly been a very interesting week. The recovery days played well and I’ll need them again soon!

Plenty of assistant referee appointments. Generally that means I am able to officiate in a higher level of competition than I would ordinarily be able to referee in as a referee. It also gave me some good time to work on some improvement areas and give complete focus to it. AR and Ref appointments scattered and interleaved amongst each other make it difficult to focus on my own development and build a good habit routine. This week certainly helped and I used the wait-and-see technique more carefully, adjusted my signalling to be slightly lower and worked harder to keep the three-item swivel (more on that in the next post).

My leg has almost fully healed from the studs up incident last week.

On Wednesday, I met with the referee for my game and we travelled together to the game. It was eventful as both teams pushed for a win. Some actions were hard to discern because there was a crowd of players and made it difficult to determine the offender. A dismissal for OFFINABUS and a few cautions. Another incident was a player elbow. The post-match discussion concluded with different interpretations of the player’s actions. I had assumed the player with the ball tried to hold off his opponent recklessly but there was a differing opinion that it was used with excessive force but then second-guessed by the player. It’s all about perspective and interpretation. Angle is everything in refereeing.

Thursday although was a step down, to recreational, brought something new. I had to make a tight goal line decision when the ball entered the goal over the line (almost in slow motion for me) when an attacker and defender were standing right above it trying to kick the ball. I raised the flag on the goal line and after eye contact, sprinted down the line. I was surprised how responsive I was to the mechanic given that despite knowing it, I was unsure how I would handle it for the first time come the time. All worked out good! Other than that, a lot of familiar faces on the field. Each season, the players become more familiar and easier to manage. The effect of time.

Friday was a fun day. There was some long distance travel involved for the game but before, I got a call to inform me that my referee package had arrived. I left work slightly early and stopped at the local postage facility to pick it up. It was a rather large box but I knew it wasn’t stuffed to the top from the weight of it. 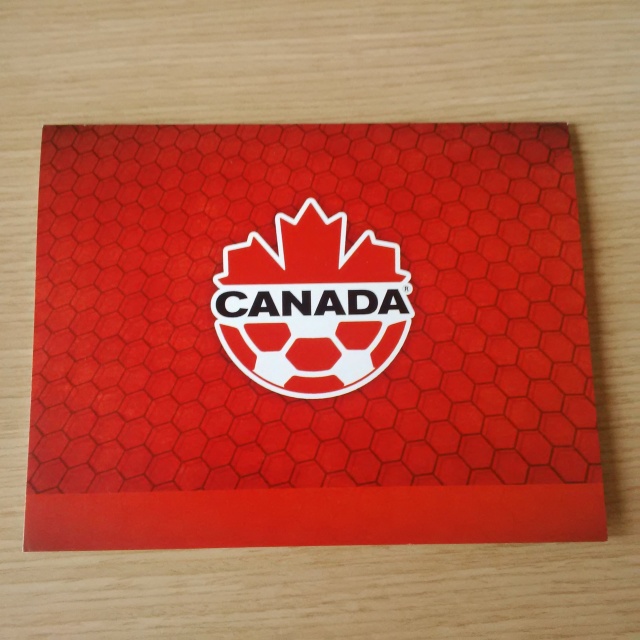 I got home later that night to open it and found… 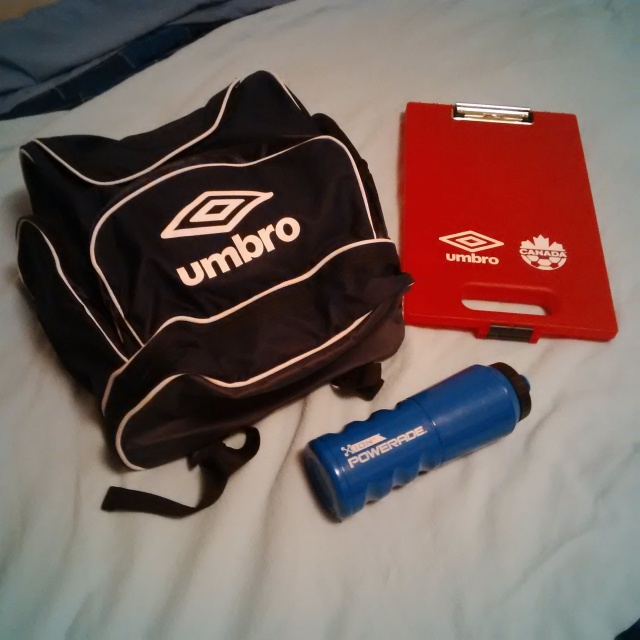 Once I had unpacked the bag, I found…

Some nice new swag particularly the items I can use for pre-game wear.

The Friday game was a lot of fun. Probably the most enjoyable of the week. I was working with probably two officials I have worked with the most in refereeing so we knew each others’ tendencies. We carpooled together and met at the local coffee shop before setting out. We made good time because we arrived at the field before most of the home team and the away team. A relaxed pre-game as a result and discussed incidents from each others’ games and helping each other with weaknesses.

We discussed how it would be if officials were assigned in designated crews and if it would work better/worse assuming that the crew members all approved!